Narrative Consultant ​Ryan Senser​ and community organizer Cristina Jimenez unpack the the role of narrative strategy, chart the course of the American immigration story, and discuss how narrative strategy can combat xenophobia.

“Should we keep telling stories?” asks immigrant rights organizer and 2017 MacArthur Genius Cristina Jiménez. Together with narrative consultant ​Ryan Senser, we explore how important stories are in shaping American culture until they become as familiar as the lyrics of an old song. Together, they take us through the process of developing narrative strategies that impact the perceptions and beliefs of mass audiences. And as the immigrant rights movement now confronts xenophobic values embraced by the highest levels of our government, Senser and Jimenez discuss what a new narrative strategy must do to truly create transformational culture change.

LISTEN TO THE NEXT EPISODE: The In Between Space
Cultural futurist​ Schuyler Brown​ and movement visionary A​i-jen Poo model through a personal revelatory conversation, how mass media industries use audience listening to build engagement strategies for mass audiences.

CRISTINA JIMÉNEZ
Cristina Jiménez is Executive Director and Co-founder of United We Dream (UWD), the largest immigrant youth-led organization in the country. Under Cristina’s leadership, UWD has grown to a powerful network of 48 affiliates in 26 states and over 400,000 members.

Growing up, Cristina knew she was undocumented. Originally from Quito, Ecuador, her parents risked everything and fled poverty to give her family a better life here. At age 13, she arrived in Queens, New York, a place she still proudly calls home. Undocumented, Cristina and her family experienced poverty, abuse by police, wage theft from employers and fear of deportation.

In college, she began organizing with other students, finding her voice and telling her story to encourage other immigrant youth to develop their own political strategy. Cristina’s work has helped change the national conversation on immigration and create a new youth-led model of social justice organizing and movement building. She was instrumental in organizing the successful national campaign that led to the creation and implementation of Deferred Action for Childhood Arrival Program (DACA) under President Obama.

In October 2017, Cristina was awarded a MacArthur Foundation fellowship, also known as a “genius grant,” one of the highest and most prestigious honors that leaders can receive in the United States. Cristina has received several other high-profile awards and honors while leading UWD. In 2014, she was named to Forbes’s “30 under 30 in Law and Policy;” She has also been named one of “40 under 40 Young Leaders Who are Solving Problems of Today and Tomorrow” by the Chronicle of Philanthropy; and one of “50 Fearless Women” by Cosmopolitan. @CrisAlexJimenez

Previously, he was VP for Brand Planning at Edelman Digital, an interactive ad agency within the third largest PR firm globally. He built the research and planning practice there, working at the edge of consumer research – analyzing millions of online conversations for behavioral trends, unmet needs, and emerging cultural memes.

Senser is a Senior Fellow with Pop Culture Collaborative, where he will work with a key set of creatives, media makers, cultural influencers, justice advocates, academics and thought leaders — to develop a foundational ‘narrative system’ that can be leveraged in medium-to-long-term pop culture strategies built to engage key constituencies in America to hasten a more inclusive society. He was a Coro Fellow in New York City, and graduated from Amherst College, where he concentrated in hermeneutics. He lives in New York and works with clients across the country. 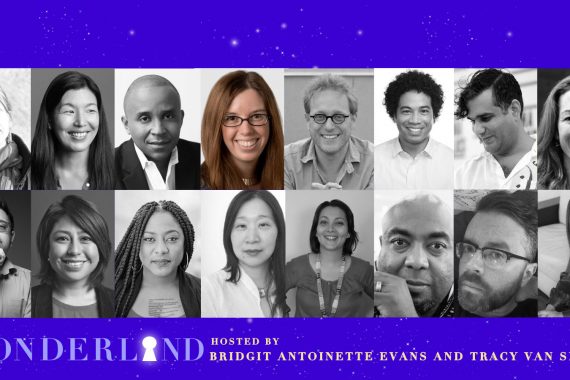