Part 1, T​racy and fan community leader S​hawn Taylor​ discuss the how people-powered storytelling influences the entertainment industry now, and how fan and social movements can work together. Part 2, Black Lives Matter’s ​Alicia Garza​ and fan community designer K​enyatta Cheese discuss how the growth and connectivity within entertainment audiences and movements online networks is fueled by passion for a story and an idea.

This special two-part episode begins with co-host T​racy Van Slyke​ talking with fan community leader S​hawn Taylor​ about the future of people-powered storytelling, diving deep into the ways pop culture fandoms are generating new content, pushing the pop storytelling industries into the next generation, and they imagine what it would take to intentionally bring fan communities and social movements together as part of a culture change movement.

LISTEN TO THE NEXT EPISODE: From Cultural Presence to Cultural Power
Racial justice leader Rashad Robinson, Bridgit, and Tracy dig into the entertainment industry’s power structures, name the industry rules we need to break, and wrap up the season discuss the potential for pop culture in making the vision for racial justice a reality.

SHAWN TAYLOR
Shawn Taylor is a writer, university lecturer, pop culture and propaganda scholar, cultural critic, one of the co-founders of the Black Comix Arts Festival, a contributor to The Nerds of Color, former columnist for Ebony.com, father, husband, and an aging b-boy with punk rock leanings. His writing have appeared on www.fusion.com, www.nytimes.com, the Rad Dad anthology and a host of other places. He is also a highly sought after public speaker, group facilitator, and creative coach. @reallovepunk

ALICIA GARZA
Alicia Garza is the Special Projects Director for the National Domestic Workers Alliance and co-founder of Black Lives Matter. She is an organizer, writer and freedom dreamer based in Oakland, CA.

In 2013, Alicia co-founded Black Lives Matter, an international organizing network developed after the murder of Trayvon Martin, focused on combating anti-Black racism in all of its forms. Alicia served as Executive Director of People Organized to Win Employment Rights (POWER) in San Francisco since 2009. Under her leadership, POWER won free local public transportation for youth; fought for a seat at the table in some of the most important land use decisions affecting working-class families; beat back regressive local policies targeting undocumented people; organized against the chronic police violence in Black neighborhoods; and shed light on the ongoing wave of profit-driven development that contribute to a changing San Francisco.

She has been the recipient of numerous awards for her organizing work, including the a 2018 Atlantic Fellow for Racial Equity, the Root 100 2015 list of African American achievers and influencers between the ages of 25 and 45, and was featured in the Politico50 guide to the thinkers, doers and visionaries transforming American politics in 2015. Her writing has been featured in publications such as The Guardian, The Nation, The Feminist Wire, Truthout.org and more.

Her work challenges us to celebrate the contributions of Black queer women within popular narratives of Black movements, and reminds us that the Black radical tradition is long, complex and international. When she’s not scheming on freedom, Alicia enjoys dancing, reading and writing—and scheming some more. @aliciagarza

KENYATTA CHEESE
Kenyatta Cheese is a professional Internet enthusiast who creates technology-based media studies on the impact of media and technology on culture. He is Cofounder of Everybody at Once, a media consultancy that develops and executes long-term strategies to mobilize fans and build new audiences for such popular shows as Doctor Who and Orphan Black. He is also the Co-creator of Know Your Meme, a primary resource for understanding web culture, and the Founder of Unmediated.org, a blog that tracks trends in decentralized media. He is also one of the pioneers of web-based television, with projects such as WiFiTV, Browse TV, and vogbrowser. In previous iterations he has worked with the Eyebeam Center for Art and Technology, Manhattan Neighborhood Network, and the online video network Rocketboom. @kenyatta 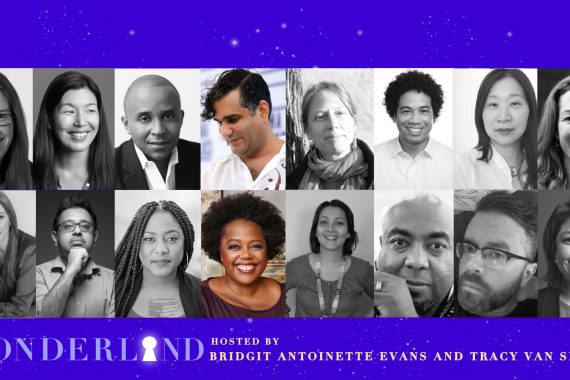